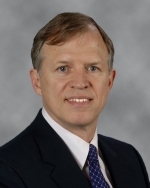 Paul Watkins, M.D., is the Professor of Medicine, Professor of Toxicology, and Professor of Experimental Therapeutics at The University of North Carolina at Chapel Hill (UNC). As an internationally recognized expert in drug safety, Dr. Watkins has extensive research experience in drug-induced liver injury (DILI), which includes basic investigation in drug metabolism and transport, clinical studies, causation assessment, and regulatory affairs. He has been continuously funded for over 20 years by the National Institutes of Health for basic and translational research, and he is one of the most frequently cited authors in the field of pharmacology.